When the Chancellor announced changes to Entrepreneurs’ Relief in last month’s Budget, I was reminded of the old joke: ‘What did the entrepreneur say to his grandchildren? I started off with nothing and I’ve still got most of it left.’

Happily, not all entrepreneurs end up in this position and can be proud of the businesses they’ve built up and the success they’ve enjoyed. In his pre-politics days, the Chancellor was something of an entrepreneur himself, heading up countless business ventures from his teenage years right up until he entered Parliament. So, as someone with first-hand experience of the challenges and rewards of running a business, what changes did he announce, and what do they mean for business owners?

What is Entrepreneurs’ Relief?

Entrepreneurs’ Relief allows business owners to pay only 10% tax on any gain when selling their business or shares in a business. This is half of the standard 20% Capital Gains Tax bill. Pre-budget, to qualify for ER business owners needed to have held their shares for more than 12 months. They also needed to have been a director and/or an employee during that period and to hold at least 5% of the share capital of the business – tested by nominal value of the shares, and which entitled them to 5% of the voting rights. But these requirements are changing…

Extension to the holding period

The Government has increased the necessary holding period of the shares from 12 to 24 months for share sales after April 2019. This means that owners will need to plan much further in advance of a sale if they want to secure Entrepreneurs’ Relief. It will no longer be a case of tweaking a few areas in preparation just 12 months out – they will need to have held a longer-term investment in the business.

Historically, it has only been necessary to have 5% of the nominal share capital and 5% of the voting rights in the business to qualify for ER. The Chancellor has now announced that in addition to this, business owners will need to have an entitlement to 5% of the distributable profits – the dividends – and also 5% of the assets on the winding up of the company.

This closes a loophole which has been used in the past to allow some to qualify when on the face of it they shouldn’t (eg, shareholders with holdings of 3% or 4% to ‘be deemed’ to have 5% of the voting rights and a slightly increased nominal value of shares to allow those with a lower shareholding to achieve the 5% of nominal share capital to meet the criteria). HMRC are looking to clamp down on this, so business owners will now need to show that they genuinely have the economic value of that minimum 5% shareholding. They can’t just tweak their share rights to meet the criteria.

For professionals it’s fairly common to see alphabet shares in a privately-owned company, giving the directors a certain level of discretion when declaring dividends.

For professionals it’s fairly common to see alphabet shares in a privately-owned company, giving the directors a certain level of discretion when declaring dividends. However, the changes to ER – specifically to the 5% shareholding criteria above – would on the face of it suggest that no alphabet shares will be entitled to ER under the proposed legislation, unless the Articles specify the right to at least a 5% proportion of every dividend declared. You might think the solution is to update the Articles, however this doesn’t provide retrospective qualification and let’s not forget the holding period is increasing to 24 months from April 2019.

However, speaking to some of our friendly accountants / tax advisers (RSM / Murray Harcourt), we understand that HMRC has informally confirmed that this was not their intention and guidance on the application of this change will be forthcoming. Panic over for now!

The award of growth shares has long been a popular way to incentivise management teams. They are worthless on day one, but if a company is sold later down the line the shareholder benefits from the growth in value of the company over the time that they’ve held them. However, under the new rules, it is unlikely that growth shares will qualify for ER.

There’s better news for Enterprise Management Incentive (EMI) share option schemes, as they remain exempt from these new rules. If you have options to acquire shares, it’s not necessary to hold the 5% minimum amount to be able to still benefit from ER. In terms of incentivising management teams, this can be seen as a move to encourage businesses to favour EMI share options over growth shares.

Companies with a dispersed group of shareholders can sometimes meet resistance from minority shareholders to further equity coming into the business. This is because it can threaten to dilute their holding below the 5% necessary to qualify for ER. However, the new rules allow any minority shareholders who previously held a 5% stake or more in the business, and qualified for ER, but who have since had this reduced by further equity investment, to nevertheless still qualify. This is obviously good news for many SMEs and their shareholders trying to fund-raise.

The Verdict and Next Steps

So, did the Chancellor win over his audience of fellow entrepreneurs with the new rules for Entrepreneurs’ Relief? The feeling is that it has been a generous tax relief for many people for some time and it was no surprise that Hammond chose to modify it this time around, particularly as there have been noises from the HMRC that there were loopholes in the system being exploited.

When preparing for any business sale, start planning early, take advice and revisit your Articles to ensure everyone who thought that they qualified for ER does still do so.

From a practical perspective, what these new measures emphasise is that the key point in preparing for any business sale is to start planning early, take advice and revisit your Articles to ensure everyone who thought that they qualified for ER does still do so. The new extension to the shareholding period from 12 to 24 months means that Entrepreneurs’ Relief isn’t something that can be rushed through at the last minute. However long-term your plans are to one day sell your business, talk to us at Progeny and we’ll make sure you’re on the right track, from today, to the day you’re ready to realise the value of the business, and beyond. Get in touch to discuss your plans, we’d love to help.

In a follow-up to this piece, we look at why you shouldn’t look at ER planning in isolation and why it’s vital not to lose sight of Inheritance Tax while future-proofing your business succession plans. 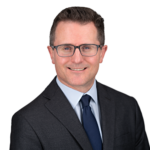 Alistair joined Progeny Law in October 2016 and heads up the Corporate team.