Changes to the UK Pension Landscape

Anna Jones, Wealth Planner at Progeny Wealth, has written an article exploring the changes to the UK pension landscape.

It somehow seems to have become axiomatic that any change in legislation introduced in an effort to simplify the system of pensions in the UK should in fact have more or less the opposite effect. Indeed, the UK pension system as it exists is so Byzantine in nature that even what should be a relatively simple concept such as tax relief on pension contributions is one which has managed to evade either the understanding or even the basic knowledge of the majority of working-age people in the country. According to a survey carried out by YouGov in September of this year, 59% of people who were actually saving for a pension were aware that tax relief was available but did not have a firm understanding of how it works, whilst 15% were not even aware of its existence. According to the same survey, 50% of people with a Workplace Pension stated that they would be more likely to save if they received tax relief on their pension, despite the fact that the majority of them are already likely to be doing so.

This last finding is, in some ways, the most disturbing in that it shows a measure – pension tax relief – ostensibly designed to persuade people of the value of saving toward their pensions, singularly failing in its objective. Since the Pension Freedom changes introduced in April 2015 are surely predicated on the concept of an informed and educated populace dealing with their own pensions exactly how they deem appropriate – in itself a clearly laudable objective – the lack of basic knowledge which generally prevails is a significant concern, especially when viewed through the prism of changes which are in the process of being decided, consulted upon or enacted.

The ongoing nature of the Chancellor’s project to reform the UK pensions landscape is such that the changes in question can roughly be divided into those which we know are definitely going to happen and those which we can surmise are being planned for the future given the general direction of travel. The first and most basic change was a reduction in the amount which a person was allowed to save into their pension in a single Pension Input Period (which now defaults to run in-line with each tax year) whilst still receiving tax relief – known as the Annual Allowance. In April 2014, this figure was reduced from £50,000 to £40,000, and April 2016 will see another reduction for some. The nature of this further reduction, and the fact that it will only affect relatively higher earners, is what makes the situation both more nuanced than a simple cut and more open to careful advanced planning. In April 2016, those people earning more than £150,000 per annum of ‘adjusted income’ will find their Annual Allowance gradually tapered down, at a rate of £1 for every £2 of this income exceeding £150,000, to a minimum of £10,000 once this income exceeds £210,000 per annum. The most obvious impact of this change will fall upon those people earning more than this maximum figure, who will find themselves able to utilise only the minimum Annual Allowance of £10,000. As might be expected, however, the calculation does become slightly more complicated than one based simply on a person’s salary, since the sources of income taken into account by HMRC include those generated through investments, savings, property and the value of pension contributions made by an individual’s employer. Bearing this in mind, it is likely that anyone earning just over £100,000 a year will find themselves in a position of having to think about ways and means of maximising their Annual Allowance, or at least considering their own situation more closely.

The other large-scale change being introduced in April 2015 is focused upon the Lifetime Allowance – the maximum value that a pension fund can be allowed to reach during a person’s lifetime without suffering an additional tax called the Lifetime Allowance Charge. This figure is being cut from £1.25m to £1m, which means that any amount in excess of the figure will be taxed at a rate of 55% if drawn as a lump sum or 25% if drawn as income – in addition to any Income Tax due. Many people reading this might assume it deals with the kind of figures which only the very wealthy will have to consider, but the manner in which the Government calculates the overall value of an individual’s pension pot means that many people who would only consider themselves to be moderately high earners in parts of the public sector may well fall within the remit of this cut. A medical practitioner with a projected final-salary related pension of just over £43,500 per annum, for example, would find that amount being multiplied first by 20, as an estimate of a notional fund value used to provide the income and then an additional 3 times to take account of any automatic Pension Commencement Lump Sum (tax-free cash) entitlement. Multiplying £43,500 by 23 gives a figure in excess of £1m, with the excess amount being taxed at 25% or 55% as described earlier, depending on the method of withdrawal.

The overall result of these changes may initially make for fairly gloomy reading, particularly for those who have spent many years working, planning and saving for their retirement. There are steps which can be taken to maximise the contributions and tax relief available, however, and ways in which careful planning, both around pension provision and wider remuneration could help to protect your pension pot in the future. It is still possible, for example, to utilise any unused pension contributions from the past 3 years up until the end of the current tax year on 5th April 2016, whilst still qualifying for the highest applicable rate of tax relief on them. In simple terms, the highest amount allowable under this facility is £180,000 (ignoring any other transitional arrangements), made up of £50,000 each from the years 2012/13 and 2013/14, plus £40,000 each from 2014/15 and the current year. It should be noted that any employee and employer contributions made during these periods must also be deducted before arriving at the appropriate figure.

If you’ve been putting off making such a sizeable contribution to your pension fund, and can afford to do so without adversely effecting your ongoing quality of life, then now might be the time to think seriously about doing so, especially since the Chancellor may well decide to shift the goalposts in his autumn statement, rather than waiting for next year’s Budget. It should be borne in mind, however, that the aforementioned £180,000 maximum contribution is only applicable if you earned that amount or more during the year in question, otherwise it is restricted to a figure equivalent to 100% of gross earnings. Company owners/directors can also have their company pay a contribution to make up this maximum figure, without the need to have sufficient pensionable earnings. This has no effect on the individual’s own tax status, but the company will benefit from the contribution being classed as a qualifying expense against its Corporation Tax liability, providing it meets the rule stating it is ‘wholly and exclusively for the purposes of the trade’.

Another step which should be given serious consideration is to take any bonus payments due to you during the current tax year in the form of pension contributions, taking advantage of the relatively benign tax environment which exists until the introduction of the tapered Annual Allowance in 2016. As money can be transferred between spouses free from tax, it may also be viable for one half of a married couple to transfer funds that can be used as contributions into a spouse’s pension pot, particularly if one of you isn’t contributing enough to generate the tax relief necessary to lower your highest marginal tax rate of Income Tax. A basic-rate taxpayer will receive 20% tax relief, whilst for higher earners it will increase to 40% or even 45% for those earning in excess of £150,000 per annum. This will depend on each person earning enough to cover the gross amount of contribution. For those with no relevant earnings at all, the facility still exists to contribute up to £3,600 gross per tax year without reference to earnings.

If you’re one of the many people who feel that their current pension pot is worth less than £1m, but worry (or should that be hope) that it may grow in value at a later date, it will be possible to apply for an exemption known as ‘Fixed Protection 2016’. Under this exemption, your pension fund will be protected from any Lifetime Allowance Charge payable on the excess value over £1m, although only provided you don’t make any further pension contributions. A similar exemption, known as ‘Individual Protection 2016’ will be available if your pension fund is worth between £1m and £1.25m, and will shield the fund, even if further contributions are made, up to the point at which it reaches £1.25m in value. The full details of these protection schemes (and more importantly their deadlines for application) are however not yet available and more information will follow.

The Government is currently undertaking a consultation on further reforms to the system, and ideas thought to be under consideration include bringing the tax status of pensions in line with enjoyed by ISAs, rolling out a flat 30% or 33% rate of tax relief and toughening the rules for savers with Final Salary pensions. No matter how and when the system does change, however, the one thing that is certain is that careful planning across the whole of a person’s financial life will be necessary in order to provide a combination of current income stability, generous pension provision, and maximum tax efficiency. 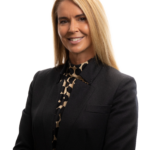 Anna joined the company in June 2014, following a career in financial services spanning more than 20 years.