Millennials and Money: It’s Time to End the Myths

Toy manufacturer Hasbro announced plans earlier this month to rebrand their perennial favourite Mr Potato Head figure as Mr Avo Head, to appeal to the millennial market. Complete with man-bun, designer beard and trainers, Mr Avo Head is more on-trend with today’s health-conscious consumers, as Hasbro explained: “It’s no guaccident that the avocado was chosen to replace the carby potato…”.

For those of you who hadn’t already guessed, it was an April Fool’s Day prank. The joke didn’t set the world alight, certainly not with people of my generation who are tired of these lazy generalisations and don’t recognise much of themselves in the stereotype – however on-trend Mr Avo Head may be.

From a personal finance perspective, those of us who were born between the early 80s and mid-90s are often seen as irresponsible or lazy, characterised as a generation that doesn’t face up to life and their finances with the seriousness that they should do. We’ve already written about some of the switched-on staff we have at Progeny who are making a mockery of the millennial myths, but there’s also evidence that the wider reputation for financial fecklessness is unfounded.

I think part of the problem is that millennials tend to be blamed entirely for the financial circumstances they find themselves in, when actually there are bigger socio-economic issues also at play. (I know this sounds as if, as a ‘typical’ millennial, I am making excuses, but hear me out). For example, of course we understand that it’s important to save up for a deposit if we want to buy a property, but research shows that the average deposit has increased from £12,988 in 2000 to £20,622 today – a leap of more than 50% in less than a generation. Meanwhile, average household income has increased by just under 19% (£29,993 to £35,634) in the same period. No amount of avocado rationing is going to make up that shortfall.

A report from the Resolution Foundation last year uncovered some interesting findings that shone new light on the millennials’ predicament. It was a two-year study that ultimately proposed that every 25-year-old in Britain should receive £10,000 – a ‘citizen’s inheritance’ – as a sort of compensation for the generational inequality they face, which they could put towards things like education, property or pension saving. This was obviously what grabbed the headlines at the time, but the report also contained some data which suggested that the millennial generation are actually more responsible with money than the generations that went before them.

The report found that in 2001, before the arrival of the millennial, 25 to 34-year-olds spent just as much as those in the 55 to 64-year-old age group. However, today’s 25 to 34 year-old millennials are actually spending 15% less. Despite the column inches of advice to cut down on flat whites and eating out, it turns out that we millennials are more conservative consumers than our counterparts in previous generations. Misrepresentation like this is more than just clumsy stereotyping, it’s an unhelpful lie.

Setting Aside the Stereotypes

It’s widely recognised that the millennial generation will be the first modern generation to be worse off than their parents, as discussed, among other issues, in an Ipsos Mori report ‘Millennial Myths and Realities’. It finds that disposable income and take-home pay in the Western world have stagnated or even shrunk compared with previous generations; factors which can’t be attributed to millennials’ personal financial decisions and which, as the report goes on to conclude, have “massive impacts on their relationship with money and many other aspects of their lives”.

As well as their spending habits and socio-economic situation, there’s a feeling that somehow millennials are culturally distinct from their ancestors, as if they have different values when it comes to family life, settling down, planning for retirement and so on. But again, this would appear to be another area where they are misunderstood.

Rather than putting it off, younger generations are investing for retirement at much earlier ages than previously. Once again, so much for the stereotype.

Research from the US-based Stanford Center on Longevity reveals that there’s almost no difference between when millennials want to hit certain life milestones and when their parents did. What’s more, and interestingly for our purposes in discussing financial planning, there was a discrepancy between the generations on preparing for retirement. Perhaps surprisingly, it showed that rather than putting it off, younger generations are investing for retirement at much earlier ages than previously. Once again, so much for the stereotype.

As this last point shows, many millennials are anything but financially reckless and are even taking control of their lives and financial responsibilities earlier than the generations that went before them.

If you’d like some support and guidance with your financial planning, whatever generation you’re from, please get in touch. We’d love to hear from you. 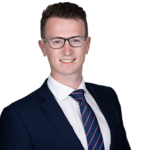 Nick is an Investment Manager at Progeny Asset Management, having joined Progeny in 2017.