Billionaire founder of Phones 4u, John Caudwell, was recently in the headlines after he was ordered to pay £500,000 in damages to an ex-employee. His former financial adviser received the award after bringing claims of constructive, unfair dismissal against her old boss. Caudwell himself, however, claimed victory as the judge recognised that his ex-employee had been making erroneous expense claims and because the eventual award was significantly less than the £20m she had originally been seeking.

It was a messy case fought out in the public eye, and it’s difficult to see the outcome as a victory for either side. Anyone considering a claim to an employment tribunal should do so with their eyes open and there are many avenues to explore before opting for what should be this very last resort.

Embarking on a tribunal can take a toll on both the employer and the employee. While employment tribunal fees were abolished last year, that’s not to say that going through the process doesn’t come with a financial cost on both sides.

Embarking on a tribunal can take a toll on both the employer and the employee. While employment tribunal fees were abolished last year, that’s not to say that going through the process doesn’t come with a financial cost on both sides.

For employees, they may be successful in securing a financial award, but is this sufficient to compensate them for the time they have been out of work? Or will they have to supplement this out of their own pockets? Seeking redress through legal proceedings can take a lot of time and energy and can have an impact on an employee’s future career prospects if details of the claim get out. For an employer, they may have defended a claim successfully, but how much have they had to pay for this in resources and staff-hours tied up with dealing with it? A great deal of work goes into preparing for a tribunal, like gathering evidence and preparing detailed statements, which takes time and diligence and demands a significant amount of resource.

Anyone finding themselves pursuing a claim through a tribunal can expect to pay an emotional price too. Deciding to go ahead can be like opening a can of worms. Sometimes unexpected details might emerge from the process which neither side had anticipated being aired in the public domain. From an employer’s perspective, this can affect the morale of the rest of the staff. For the employee, not only could it mean sleepless nights for them, it can also have a knock-on effect on their families, friends and those they share their lives with.

The ripples of tribunal proceedings can also extend beyond the boundaries of the employer’s premises and the immediate personal network of the employee.

The ripples of tribunal proceedings can also extend beyond the boundaries of the employer’s premises and the immediate personal network of the employee. John Caudwell is a famous businessman in the UK and while most cases are nowhere near as high profile, nevertheless once they are played out in the public domain of a tribunal the details are there for all to see and make their judgments. The reputational impact on both parties can be negative. Future employers may think twice about taking on an employee with this sort of history, and potential employees may prefer to steer clear of an employer who has been taken to court. When the information is put out there, whether it is right or wrong, it can create a perception, and there’s no getting it back.

Other Routes to Resolution

At Progeny, we would always advocate exploring all other avenues before embarking on tribunal proceedings. Firstly, employers should try to engage with the employee informally. If this isn’t effective, they have the option of moving on to protected conversations which provide a more private, formalised structure to the communication. If this doesn’t break the deadlock, there would come the option for mediation, which could be conducted in-house or with an independent mediator. (As an independent mediator myself, I have seen plenty of instances where both sides of the dispute have reached an amicable resolution and a sensible exit for both parties, keeping potentially damaging details out of the public domain.) If none of these routes lead to a breakthrough, the final option before submitting a claim to an employment tribunal is the Advisory, Conciliation and Arbitration Service (ACAS). It is a free service and is now a compulsory step before anyone can issue a tribunal claim and provides a final chance for both parties to resolve their issues before litigation.

When dealing with tribunal claims, the best option for any employer is to try to stop them from occurring in the first place by making sure they have appropriate and up-to-date policies and procedures.

As well as having recourse to the above dispute resolution options, the best option for any employer is to try to stop them from occurring in the first place by making sure they have appropriate and up-to-date policies and procedures, good channels of communication with staff and the availability of specific expert advice when they need it. That way, problems can be nipped in the bud.

Our recently-launched Club Legal is a unique subscription-based model offering a breadth of unrestricted legal support and advice to employers. It helps them to address and resolve problems as soon as they arise, for the good of both parties.

If you would like advice on any employment law and HR issues, please get in touch. 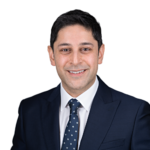 Zee is an experienced and trusted solicitor providing commercially focused advice to businesses, directors and senior executives, throughout the UK, on all aspects of employment law.