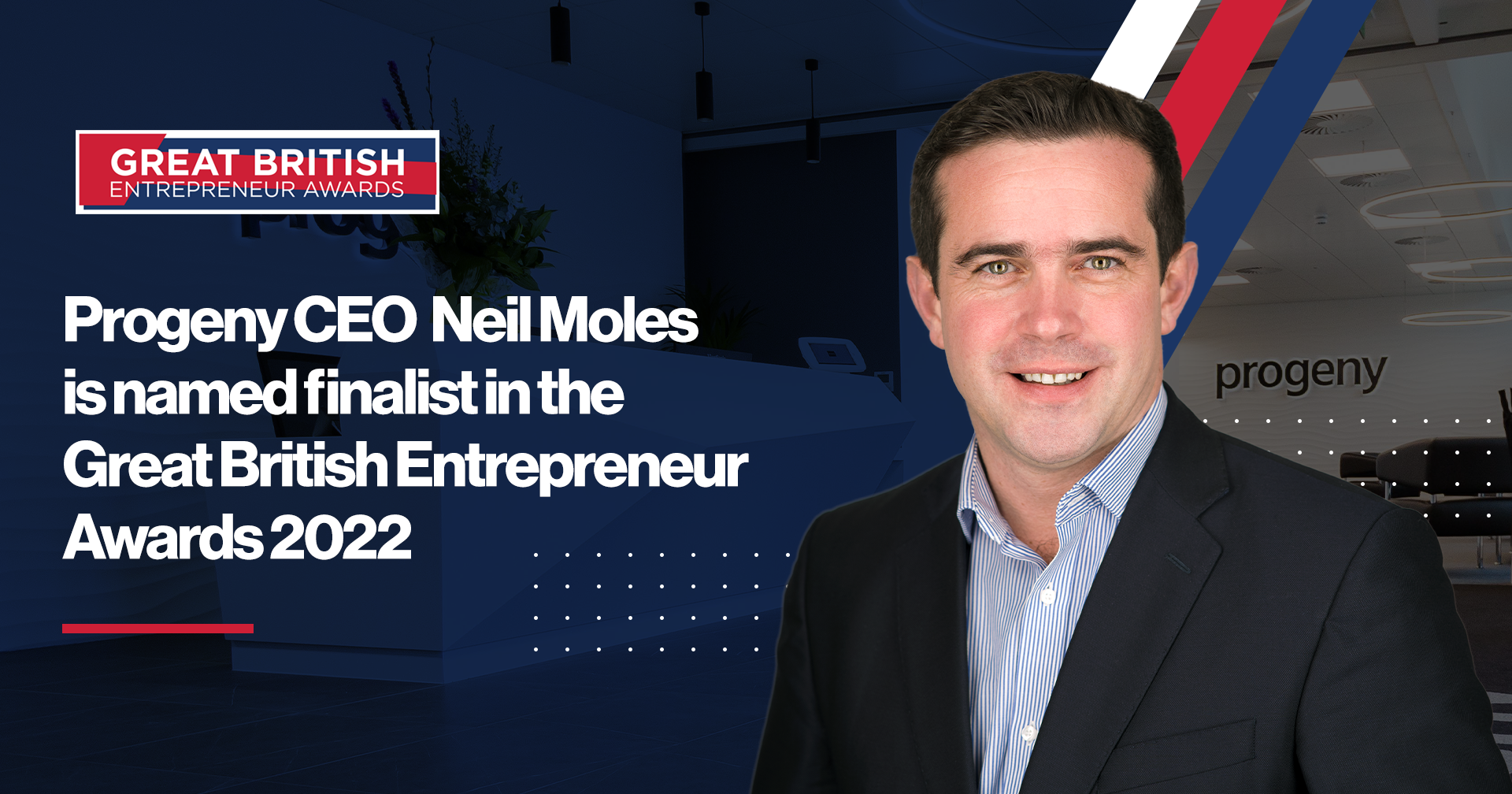 Leeds-based Neil Moles has been recognised as one of the best in the business after being named as a finalist in the Great British Entrepreneur Awards.

Neil is one of the shortlisted business leaders from across the nation to have been selected out of over 5,300 entrants – the most the awards has ever had.

The Great British Entrepreneur Awards, in partnership with Starling Bank, acknowledges and champions the hard work and uplifting stories of business owners across the UK, with an emphasis on their journey and resilience over financial achievements.

Twelve awards will be given out per region for categories including Disruptor of the Year, Entrepreneur for Good Award, and the Great British Entrepreneur of the Year. Notable winners from previous years include Social Chain founder Steven Bartlett, who went on to become the youngest ever investor on BBC’s Dragon’s Den.

“Entrepreneurship is so important because it both accelerates economic growth and drives innovation and I’m proud to be recognised by the Great British Entrepreneur Awards on this front.

We are continuing to develop my original vision of ‘all your professional advisers under one roof’, offering an expanding suite of joined-up services for our clients, as well as positioning Progeny as employer of choice, business partner and benefactor within our communities.”

This year’s awards will also feature a brand new award highlighting the organisations investing in the training and development of young people. The John Caudwell Blaze Your Own Trail Award looks to recognise outstanding examples of businesses offering apprenticeships, vocational training, and diversity and inclusion initiatives, all in the name of improving young people’s access to work.

The winners will be announced at a Grand Final, held at the Grosvenor Hotel in London on 21st November.

This year is the 10th anniversary of the Great British Entrepreneur Awards. The alumni has collectively generated over £30 billion in revenue and employed more than 450,000 people.

To mark the milestone year for the programme, entrants will have the chance to win over £30,000 worth of marketing support and a tree will be planted for every application submitted with the support of Ecologi.

Founder of the Great British Entrepreneur Awards, Francesca James, said the quality of this year’s entrants exemplified the strength of entrepreneurship across the UK:

“The quality of applications is consistently excellent year on year, but we have been especially blown away by the innovation, drive and determination demonstrated this year. Shortlisting from so many inspiring contenders has been more challenging than ever, with many deserving cases put forward and an ever-growing business community thriving across the country.

“From the pandemic to the ongoing cost of living crisis, business owners haven’t had it easy over the past few years, but it’s a testament to the tenacity and perseverance of these entrepreneurs that they have continued on their path and refused to give in.

“This year’s finalists should be so proud of what they’ve already achieved both in business and in being shortlisted for an award – we’re looking forward to seeing everyone at the Finals and unveiling the winners!”

“Congratulations to all those businesses who have made the shortlist. It’s great to see the passion, resilience and amazing ingenuity from entrepreneurs across so many categories.”

The Great British Entrepreneur Awards, in partnership with Starling Bank, acknowledges and champions the hard work and inspiring stories of entrepreneurs and businesses across the United Kingdom.

The Great British Entrepreneur Awards are more than just an awards ceremony. Through the awards, alumni and participants join a thriving community of founders and doers. Within that ecosystem is an ethos of support, where individuals are able to come together, inspire, learn and grow.

Starling Bank is an award-winning, fully licensed and regulated bank built to give people a fairer, smarter and more human alternative to the banks of the past. It offers business, personal, joint, euro and dollar current accounts alongside a child card. Starling also provides B2B banking and payments services through its Banking-as-a-Service model based on the proprietary technology platform that it uses to power its own bank. The Starling Marketplace offers customers in-app access to a selection of third-party financial services. Headquartered in London, it has offices in Southampton, Cardiff and Dublin. Starling has opened 2 million customer accounts, including more than 370,000 limited company and sole trader account.