Nil rate band trusts in wills – do they still have a purpose?

A nil rate band trust is a flexible trust contained within a Will that allows you to leave your available nil rate band onto trust under the terms of your Will. This type of trust was initially established for Inheritance Tax purposes but, as you will see below, continues to have wider uses.

“A nil rate band trust is a flexible trust contained within a Will that allows you to leave your available nil rate band onto trust under the terms of your Will.”

However, many Wills still contain nil rate band trusts. There are still many situations where they can perform a useful purpose as an effective estate planning tool, since the most significant advantage is that the assets within the trust are protected.

Planning for later life care could be one such instance. For example, a husband dies and leaves his estate outright to his wife. In later life, when his wife gets older, she may need later life care. When this happens her estate – including everything she inherited from her husband – is included in her means test assessment which helps decide whether she pays for her care.

“A nil rate band trust can be used in situations where someone would like to leave an Inheritance Tax-free amount to someone other than their spouse.”

However, if the husband had put some of this amount into a nil rate band trust with his wife as beneficiary, the amount would exist outside the estate and would not be included in the amount on which the means test assessment was made. This would give the wife more choice in how she used that inherited amount, as it would not have to be directed towards her care fees.

This might occur in a second marriage where a spouse has children from a previous relationship who they want to be beneficiaries of the estate on their death, rather than leaving everything to their surviving (second) spouse.

In marriages where one of the spouses has been married before and widowed, there is the potential for more than two nil rate bands to be used. However, under current UK legislation, only one nil rate band can be transferred. Rather like the old way of estate planning prior to 2008, the use of nil rate band trusts can ensure that advantage is taken of potentially three nil rate bands.

“In marriages where one of the spouses has been married before and widowed, there is the potential for more than two nil rate bands to be used.”

What are the downsides?

The downsides of nil rate band trusts can include the administrative inconvenience, the costs of preparing annual accounts and tax returns and potentially dealing with the investment and management of the trust assets. However, for many people, the advantages of protection and flexibility offered by the trust structure outweigh the disadvantages.

Whether you are deciding to include or remove a nil rate band trust within your own Will or whether you are considering terminating a trust following the death of a first spouse, it is important to take professional advice.  Every family has its own individual dynamic and these trusts can continue to serve a very useful purpose in the right circumstances.

If you would like some advice on nil rate band trusts, please get in touch. 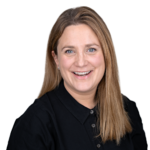