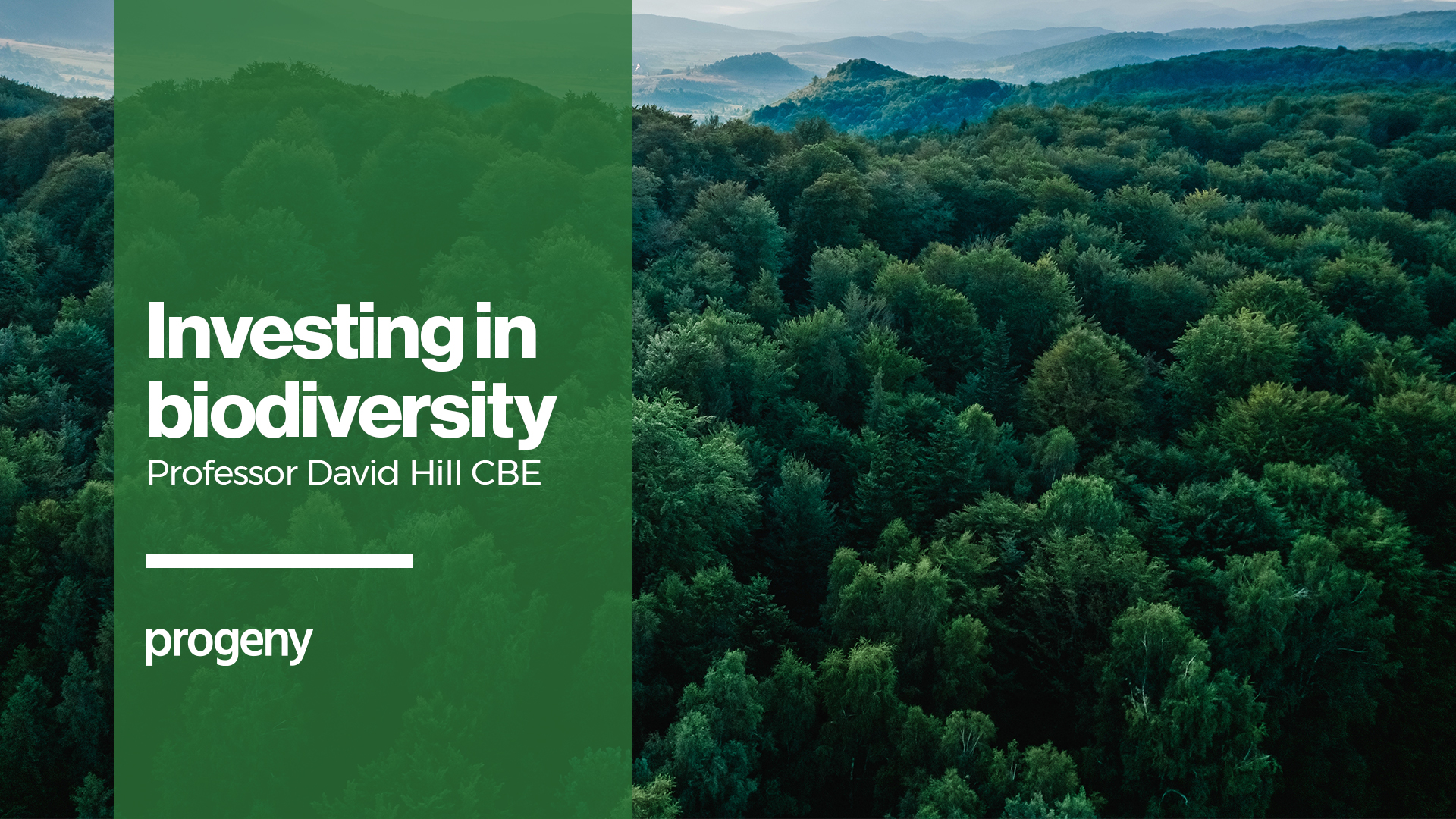 Biodiversity provides us with clean air, fresh water, good quality organically rich soil and crop pollination. It helps us fight climate change and adapt to it as well as reduce the effects of natural threats. Since the Industrial Revolution, changes to land use; deforestation, urban development, intensive agriculture and pollution have contributed to the significant loss of biodiversity. Developers and planning authorities have a direct influence on our environment and need better guidance on sustainability and a means to offset the impact of building development.

To address these issues, Professor David Hill, a passionate conservationist and one of the founding Board members of Natural England, established the Environment Bank and launched the concept of Biodiversity Net Gain (BNG) and a Credit system to enable developers to meet their obligations recently enshrined in law as a result of much lobbying by David.

“The Environment Bank is an initiative that aims to unlock sustainable development and restore nature.”

Biodiversity Net Gain Credits are a ground-breaking new product that give developers a way to implement biodiversity net gain while at the same time providing the opportunity for landowners to diversify their business.

The Environment Bank is an initiative that aims to unlock sustainable development and restore nature.

It is constituted of a network of habitat banks – parcels of land with the potential for a significant uplift in biodiversity. They can provide a secure and long-term income to landowners and a biologically diverse haven for nature.

David introduced the concept of Biodiversity net gain (BNG) to the UK in 2006, an approach which aims to leave the natural environment in a measurably better state after development than before and his unparalleled work has been embedded into the Environment Act 2021 and UK planning policy by the Government.

The Environment Act 2021 contains provisions for the protection and improvement of the environment, including introducing biodiversity net gain. New developments will be required to demonstrate a minimum 10% increase in biodiversity as a result of the development activity and in order to secure a planning permission. Whilst the provisions are not yet in force across all local planning authorities, they already have implications for the way biodiversity is treated within the planning and development industry across the UK.

Professor Hill explains the work that went into this landmark achievement: “Through the Environment Bank, I have lobbied government to approach planning and development differently, ensuring projects provide a gain to nature rather than a loss, and to do so through offsetting those impacts that cannot be avoided or mitigated effectively on the development site. After 14 years of lobbying the government, in November 2021 biodiversity net gain became a mandatory part of the planning process. It’s a major victory for wildlife and people.”

“After 14 years of lobbying the government, in November 2021 biodiversity net gain became a mandatory part of the planning process. It’s a major victory for wildlife and people”

Professor Hill goes on to explain how investing in biodiversity is not only good for the environment but can also help a company’s Environmental, Social and Governance (ESG) credentials and boost its investment potential.

“All developers (apart from minor dwellings and extensions) will soon be required to provide a minimum of a 10% increase in biodiversity. In many cases the developer will be able to place some of that biodiversity gain within the development site boundary. However, much of it will be placed offsite where it is better for wildlife.

“We are expecting to see a major increase in demand for land put into nature conservation where habitats are established and managed at a large scale. And that is exactly what the Environment Bank is all about.

We select large areas of land, working with farmers and landowners, and pay the upfront costs of the habitat creation – be it a wetland, woodland, wildflower meadow, an area for ‘rewilding’ or a combination of all these things – and then pay the landholder an annual management fee under a legally binding Conservation Bank Agreement. Using an agreed metric, we generate ‘BNG Credits’ from the land and sell these to developers in order to discharge their BNG requirements and to make them compliant. This scheme also provides the mechanism through which local authorities can discharge their legal duty under the new regulations.

“There has been a major increase in demand for schemes that support ESG credentials from businesses that want to improve their attractiveness to stakeholders. For landowners and farmers, it provides the opportunity to bring forward sites for investment. We are building a large registry of sites and will be selling BNG Credits to corporates to offset their residual impacts on natural capital.”

On the other side of the equation, there are benefits for the landowners or farmers involved.

“This offers an income stream for landowners and farmers which is increasingly important as the basic payment scheme i.e. farm subsidy, is removed as a result of Brexit. Over time this will generate large scale wildlife habitat to restore nature, and aids climate change resilience, locking up carbon in soils and vegetation. Given the existential threats of biodiversity loss and climate change this initiative could not have come sooner.

“Practically every business and corporation has impacts on natural capital in some way and at least 55% of global GDP relies on what nature provides.”

Looking towards a sustainable future, Professor Hill sees opportunity to expand this model beyond its current focus on built developments, to incorporate all corporate organisations:

A passionate conservationist, Professor David Hill,  was a founding Board member of Natural England, a member of the Government’s Ecosystem Markets Taskforce, and is a Commissioner with the independent Food Farming and Countryside Commission. With a doctorate in ecology from the Department of Zoology at Oxford, David has made it his life’s work to pioneer biodiversity compensation and restoration in the UK.

“Biodiversity in the UK has suffered a massive 60% loss in the last 50 years and, alongside climate change, is an existential threat to us. By making nature economically visible, creating an asset class that attracts investment, we really could turn the tide on sustainability. If we want to provide a natural environment for future generations, we need biodiversity.”