A Basic Guide to Inheritance Tax

In the UK, Inheritance Tax is, broadly, the tax levied on the value of the estate that you leave behind when you die. Your estate includes any money you leave, your possessions, investments and any property that you own, minus any debts and the costs of arranging a funeral.

Without thinking about it too hard you may be able to come up with a rough figure for how much you’re worth in a matter of minutes, but a rough figure is just that – a quick calculation which may owe more to assumption and unreliable memory than cold hard fact. That’s why it’s a valuable exercise is to sit down every few years to work out very carefully how much your estate is worth an what the resultant Inheritance Tax liability might be. Debts may have been paid off or taken on, the value of investments may have risen or fallen and possessions, such as motor vehicles, jewellery and artworks may have increased or depreciated in value. Most pertinently of all, and this is the factor which does more than any other to move the estates of unsuspecting people into a position whereby tax is payable, the value of any property you own may have gone down or, far more likely in the current climate, risen dramatically.

It’s a valuable exercise is to sit down every few years to work out very carefully how much your estate is worth an what the resultant Inheritance Tax liability might be.

At present, every person in the UK has an allowable amount that they are allowed to pass on when they die without any inheritance tax being due. This amount is currently £325,000, a figure which hasn’t changed since the 2010-2011 tax year. What this means, in effect, is that everything above this amount which you leave to anyone other than your spouse or civil partner, or to charitable causes, on the event of your death will be taxed at 40%. A single person leaving an estate worth half a million pounds, for example, will leave their beneficiaries facing a tax bill of £70,000.

In the past inheritance tax has been regarded, perhaps with some justification, as being a problem for the rich. However, the UK property market, and more pertinently the fact that rising property prices have become an integral driver of the UK economy, means that more and more people are finding they fall within its compass. A person who utilised Right to Buy legislation to purchase their local authority flat in the early eighties, for example, may now find themselves owning a property worth something in the region of half a million pounds, and thus be exactly the kind of individual who should be taking positive steps toward reducing their inheritance tax bill.

Official figures tend to reinforce the impression that inheritance tax is becoming something more and more ‘ordinary’ people will have to consider when estate planning. Currently, inheritance tax is payable by approximately 4.8% of the population, but the Office for Budget Responsibility (OBR) predicts that this figure will more than double to 10% by 2018-2019. Although estate planning and writing a will is something many people tend to put off as long as possible, facing up to the realities of the inheritance tax situation is imperative if you wish to pass on as much of the estate which you’ve spent a lifetime working to amass as you possibly can.

In his last budget, the Chancellor George Osborne altered the rules around inheritance tax, introducing a transferable main residence allowance, brought in at £100,000 in 2017 and increasing to £175,000, per person, by 2020-20121. This means, since spouses or civil partners are allowed to pass their estates on to each other Inheritance Tax free, and the surviving half of the couple is allowed to use both sets of unused tax free allowances, that by 2020 it will be possible for a family home worth £1million to be passed on free of tax to the next generation. It should be noted, however, that the new allowance, as things stands, is only applicable to property, rather than other parts of the estate, and only to property that is passed onto carefully defined ‘direct descendants’.

There are other ways of reducing the inheritance tax which may become payable following your death however, and one of these is to give parts of your estate away during your lifetime. Many people may not realise that a gift they give to a child of theirs who is getting married also becomes tax free, to a value of up to £5,000 for a parent and £2,500 for a grandparent or more distant relative. Other gifts which aren’t immediately included in the list of tax free gifts may also become exempt from inheritance tax if you survive them for 7 years or more.

Another form of estate planning consists of putting some of your assets into a trust, to be managed by another party on behalf of beneficiaries such as your children.

Another form of estate planning consists of putting some of your assets into a trust, to be managed by another party on behalf of beneficiaries such as your children. Although a trust can be complicated and should be set up by professionals, the principle and arrangement could be relatively simple; setting aside some money in trust for your grandchildren to inherit and making their parents the trustees. The parents then look after the money, perhaps investing it, until your grandchildren turn 18 and become the beneficiaries. Thus, a percentage of your estate, which you may always have intended to be left to your grandchildren, makes its’ way to them without first being hit by inheritance tax.

No matter what steps you take to minimise or avoid inheritance tax, you should always do so with the careful guidance of qualified professionals. Moves such as taking out an insurance policy to cover a potential inheritance tax bill may be expensive, particularly if you are older, so asking the future beneficiaries of your will to pay the premiums may seem a reasonable step. Basic steps which should never be neglected include the following:

Write a will detailing what you want to leave and to whom, and review it every few years to take account of changes in circumstances or the law

Whilst the most obvious advice may simply be to have fun spending your money while you are still alive, many people feel it is a privilege, as well as a responsibility, to be able to pass something on to the next generation. Careful estate planning means doing your best to continue supporting the people you love the most, in the same way that you did throughout your life. 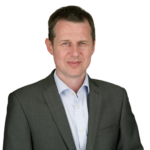