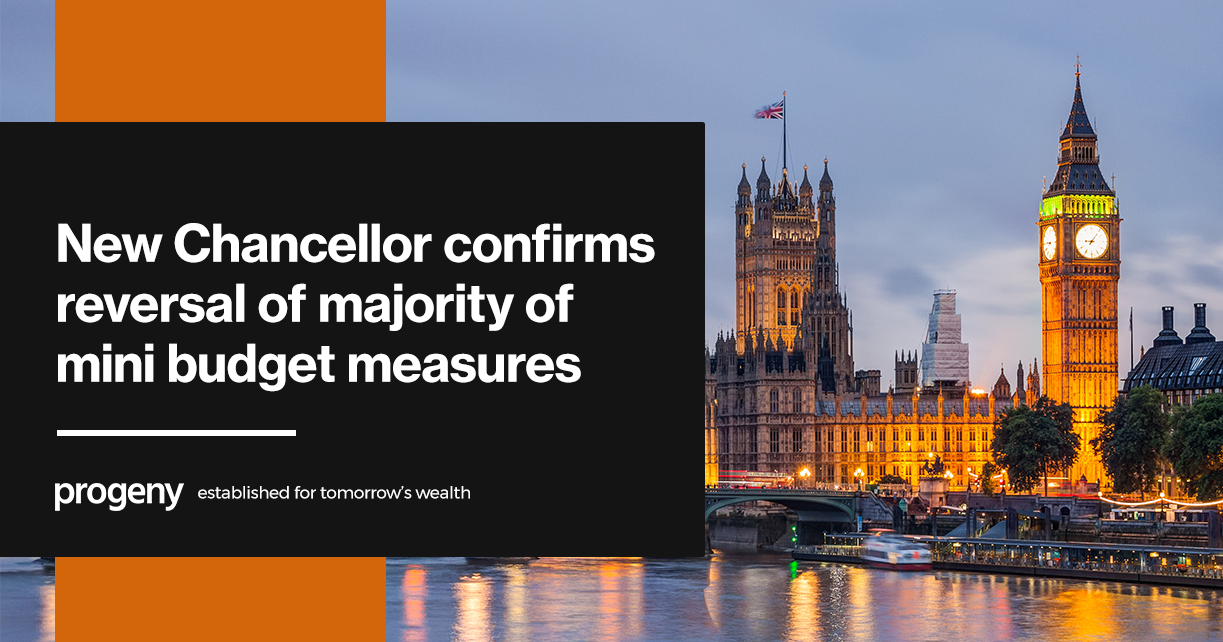 The new Chancellor of the Exchequer, Jeremy Hunt, yesterday announced that the Government would be reversing a number of further measures set out by his predecessor Kwasi Kwarteng in the mini-budget of 23 September.

A summary of all the u-turns and reversals of the past week can be found below:

Support for energy bills scaled back

Before the mini-budget, the Government announced their Energy Price Guarantee which would be in place for two years, to limit the price that suppliers could charge for each unit of energy.

Mr Hunt announced yesterday that the energy price guarantee will now only covers this winter, remaining in place until April 2023. The Treasury will conduct a review after this date to discern next steps, and it is expected any further support would be directed only to those with lower incomes.

The Government had already announced its u-turn on abolishing the higher rate of income tax before the new Chancellor took office. Kwasi Kwarteng’s proposal to remove this tax rate altogether has now been abandoned and the higher rate will remain.

IR35 reforms to remain in place

The government had been planning to change the rules on off-payroll working, known as IR35, so companies were no longer responsible for ensuring their contractors were paying the right amount of tax. However, his reform, which the government estimated would have cost £2bn a year, will no longer go ahead.

The remaining elements of the mini-budget

Some measures announced in the mini-budget have survived the u-turns and reversals and remain intact.

The proposed change in the stamp duty threshold in England and Northern Ireland from £125,000 to £250,000 will remain.

We will be publishing a more comprehensive review of the Government’s full medium-term fiscal plan when it is announced on 31 October.

If you have any questions on how these changes may affect your financial planning, please do get in touch.