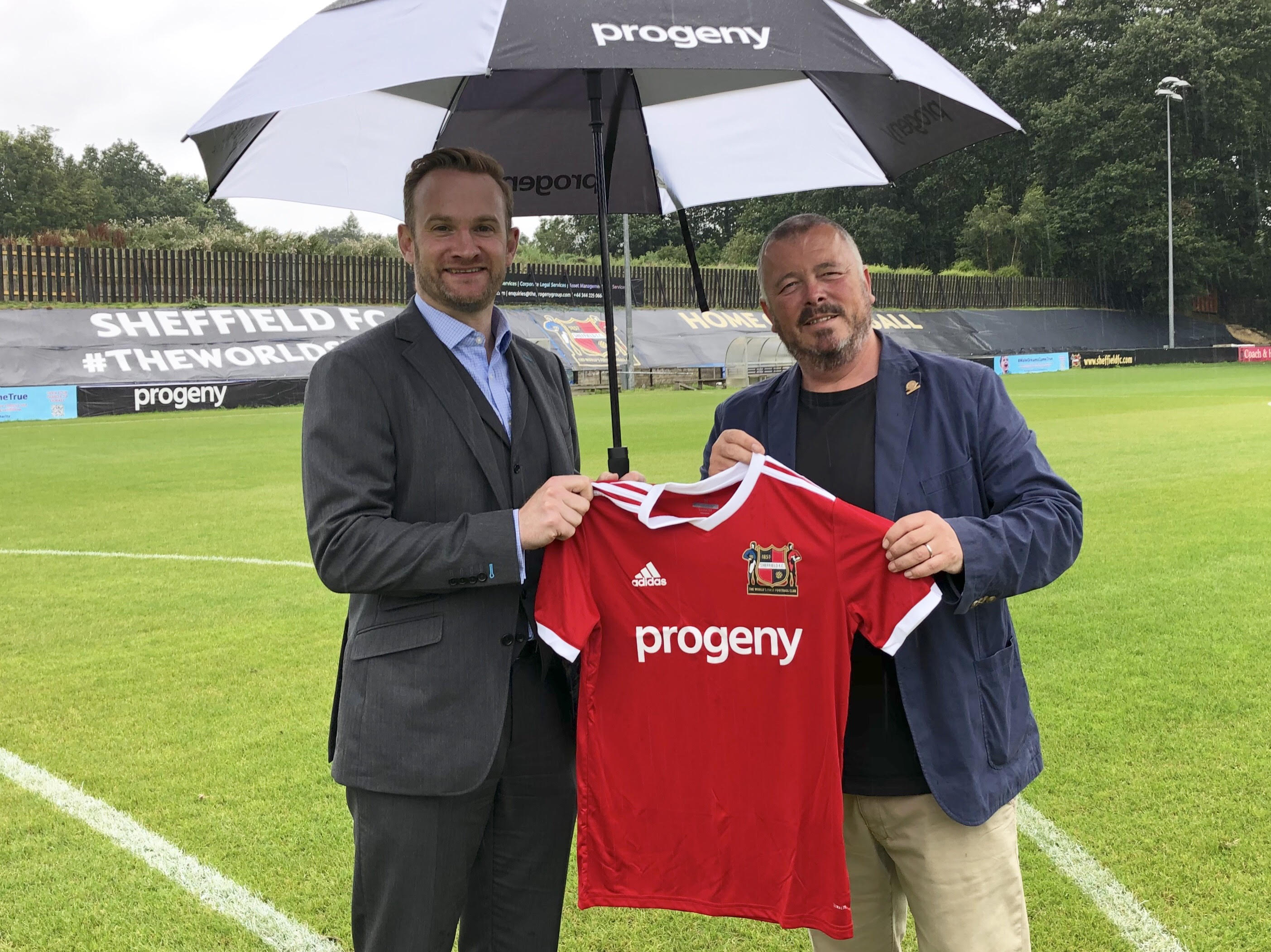 Progeny is delighted to announce its exclusive sponsorship of Sheffield FC for the upcoming 2019/20 football season. Sheffield FC, who play in the Northern Premier League, is well known as the World’s First Football Club. Established in 1857 by founders Nathaniel Creswick and William Prest, the club is officially recognised by the FA as the oldest in existence.

Find out more about the fascinating history and development of Sheffield FC in our recent interview with Club Chairman, Richard Tims.

Sheffield FC is a client of Progeny and shares many of the same values. Progeny was instrumental in helping the club to gain recent investment from LSG Sports and now provides ongoing legal support. Like Progeny, Sheffield FC is made up of pioneers who value integrity, respect and community. The club is helping to promote a game that’s open to every age, race, gender and ability. In the same way that Progeny is ‘established for tomorrow’s wealth’, Sheffield FC believes in building for the next generation by investing today. Through the Sheffield FC Foundation, the club offers a number of football, education and community programmes and initiatives.

The deal will see Progeny as principal sponsor across all Sheffield FC men’s and women’s teams. Progeny’s branding will be displayed prominently on the club’s kit, as well as pitch-side and on the club website.

“We are delighted to have Progeny as our exclusive sponsors for 2019/20. The team at Progeny are completely on the same wavelength as us and we have a fantastic relationship with them. They believe in similar values and principles to those we believe in at the club, which was very important to us. We are excited and passionate about growing and nurturing young talent, and Progeny share this passion for the next generation. With Progeny’s help, Sheffield FC is here to stay and here to win!”

“Our sponsorship of Sheffield FC reflects the great relationship that we have with the club and our recognition of their efforts. Everyone at Sheffield FC takes immense pride in their history and loyal fan base; we want to ensure their rich heritage is remembered and protected for many years to come. The club also take huge responsibility in developing the younger generations, which we are massively impressed by. We look forward to seeing brilliant results both on and off the pitch this season.”

Interested in watching Sheffield FC play this season? Head down to the Home of Football Stadium in Dronfield and catch the Protectors of Football in action.