Matching England’s Commitment to Nurturing the Next Generation

So, it didn’t come home after all… But who could have imagined a month ago that England would have travelled so far and achieved so much in their World Cup campaign this time around? And I don’t just mean on the pitch.

Southgate’s young team arrived in Russia free of the expectations that have weighed famously heavily on the shoulders of previous squads. But the young manager’s impact has been so great that what was once referred to as the ‘Golden Generation’ of Beckham, Ferdinand and Lampard et al has over the past month begun to look a bit like the lost generation. One which had lost the pride in wearing the shirt, the respect for the prestige of the national team and the interest of the fans.

At first glance it might appear as if Southgate has restored all this in abundance over one short, hot month in Russia. But look more closely and it’s clear that this transformation hasn’t occurred overnight.

Changing of the Guard

When Southgate took over, he’d already had experience of nearly every other rung in the English national team set-up, from the youth teams upwards. When he was awarded the big job of manager of the national team not long after their humiliating exit from the European Championships two years ago, he came to the role with the firm conviction that the future for England lay with the younger players. He was bold enough to say that the old guard had had their chance and that now it was time for something new.

He played a big part in setting up the England DNA project, which aims to bring a consistent playing philosophy to all levels of the English game. This is being cited as the blueprint that has led to the performances and the restoration of English national footballing pride in recent weeks and brought together the strategy and vision of experience with the fresh energy of youth. The hope is that the success in this World Cup isn’t just a flash in the pan or a one-time shot at glory. He’s set a structure in place which he believes will establish the English national side for more far-reaching success in future. In his own words: “this team is nowhere near the level they’re going to be capable of”.

The reason I mention all of this is not just to add my voice to the chorus of approval in the wake of England’s best World Cup in decades (although that’s certainly a part of it!), but because, in seeing and celebrating the skills of the next generation balanced with the experience of the management, there are many similarities between Southgate’s approach and how we operate at Progeny.

The average age of financial planners hovers somewhere between 50-something and 60-something. It’s a concern often aired by commentators in our sector that advisers are ageing with their clients and are neglecting the next generations of both at their peril. However, it’s long been Progeny’s vision to find and nurture young talent for the benefit of our business, but also, most importantly, for the benefit of our clients.

It works well for both parties. Those wanting advice tend to seek it out from advisers of a similar age to them. So, when we are encouraging younger people to begin thinking about their financial future as early as possible, it makes sense to have the advisers onboard who they can relate to. It’s our aim to create both the next generation of advisers and the next generation of mindful and informed clients.

Looking at our team, the average age of our advisers is around 40, significantly lower than the majority across our profession. In addition, many of our paraplanners and technical admin staff are in their early-20s. At the end of the day, it’s all about the balance between work and life experience, technical ability and pure talent for the relevant position.

We have initiatives in place and a structure to bring in and develop new talent, including a paraplanning apprenticeship scheme and an adviser mentoring programme. These are the ideas of our very own Southgate – Managing Director, Neil Moles – who sees the vital importance of recruiting young staff now to build the firm of the future. (And, I might add, he also understood the power of the waistcoat some time before it was adopted by the current England manager!)

Just like Gareth Southgate’s England, the balance of experience with young talent is one that we believe in and one which defines Progeny. Above all, it will enable us to provide our clients with the right team of advisers and a winning combination of advice, not just for today, but for many generations to come.

If you would like to discuss your financial plans for now and the future, please get in touch. 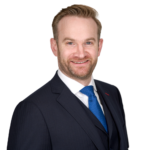