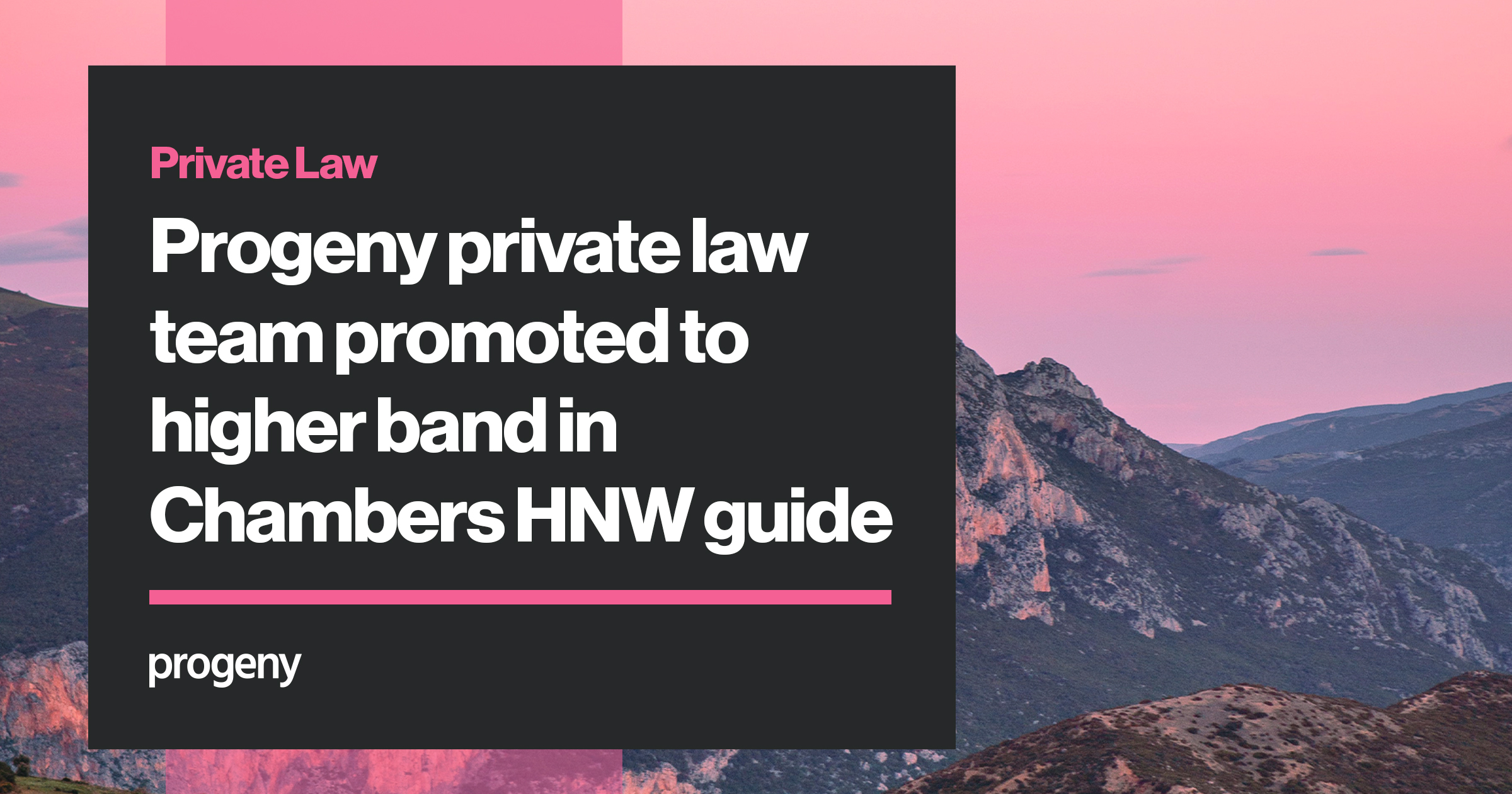 The Progeny private law team have once again been recognised in the Chambers High Net Worth (HNW) guide 2021.

Building on last year, the team have moved up to Band 2 in the rankings, a band above last year’s placing.

The nationwide rankings are divided into geographical locations with Progeny private law being one of only five firms recognised in Leeds, Bradford and the surrounding areas.

Directors, Martin Hasyn and Frances Davies, are both also individually recognised in the rankings, with Frances being ranked in Band 1– the highest possible ranking.

“This is a great result and an indication of the hard work and dedication of our team in always seeking to provide the best possible service to our clients.”

“We’re delighted to have once again been recognised in this year’s list, and particularly to have moved up a band in the rankings, especially as last week we celebrated six years since Progeny Law started. It is great that the team’s performance at this time is recognised.”

“This is a great result and an indication of the hard work and dedication of our team in always seeking to provide the best possible service to our clients.”

The Chambers HNW rankings identify the leading professional advisers to the private wealth market in the UK, providing relevant, researched information for anyone looking to procure legal or other advisory services.

The research is conducted by 200 research analysts, across 200 jurisdictions and provides nearly 6,000 rankings tables. Annually they collect hundreds of thousands of responses from clients, the majority via in-depth interview.

The Progeny private law entry can be viewed here.