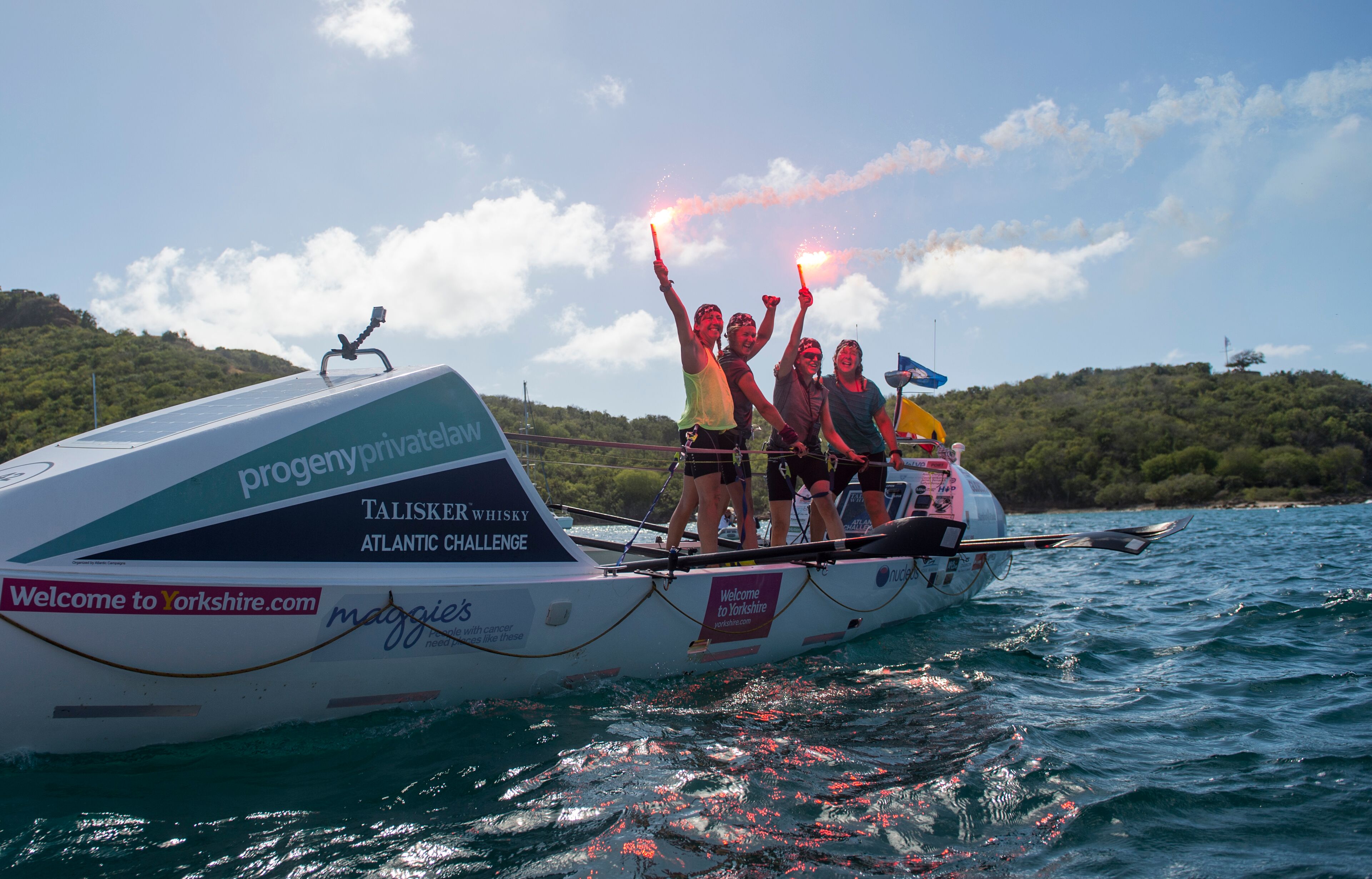 What Rowing the Atlantic Taught Me About Facing Challenges

One day I won’t be able to do this, but today is not that day…

Those were the words that were in my mind the day that I resolved that I would row the Atlantic. And, as strange as this might seem, the prospect of rowing across one of the world’s largest oceans was only half the challenge. Because when you’re a full-time lawyer with a young family, it can be enough of a juggling act to balance the demands of work and home successfully, without trying to find a window for you and three friends to power yourselves across 3,000 miles of open ocean.

The backstory to me getting to this point begins a few years earlier. You could say that the choices I made in my personal and professional life had put these distinct paths, perhaps not on a collision course, but heading towards a crossroads.

I took up rowing a few years after reading ‘Rowing It Alone’ by Debra Searle, her electrifying account of crossing the Atlantic single-handed. This ignited something in me which eventually led to joining my local Saturday morning rowing club. I had no previous experience and neither had the three other Mums I met there who would go on to make up our four-woman crew. We were all in our forties with families. Life was very busy, but we were looking for something more, something for ourselves. The idea of rowing the Atlantic seemed crazy, it was big, and a huge commitment and just what we were looking for.

Meanwhile, in my professional life, I was in a senior, well-paid role but I felt deeply unfulfilled. I was a wage slave, constantly being appraised to work more and earn greater fees. What’s more, my then-employer didn’t believe in employees taking time off and felt that sabbaticals were unprofessional. This was an ever-growing blot on the horizon as the prospect of my transatlantic trip drifted closer. It had been three years in the planning and would itself take more than two months to complete. So, something had to give.

Belief in Another Way

I wanted to leave my job, but I was afraid of having to start over again in my mid-forties. When I began talking to others, I realised that I was not alone and that many colleagues shared my feelings. I had found strength in numbers and a collective belief that there could be another way. Along with some of these like-minded colleagues, we set up Progeny Private Law in July 2015. Life at Progeny was a world apart. I worked there for a few months and then they let me set off to row the Atlantic, a course of action that was beginning to feel unthinkable only months earlier.

As a mother and wife, I also had the needs of my family to think about when I was planning my two-month absence. I was lucky in that my husband was very supportive of my ambitions. Not all the partners of my crew mates agreed so readily to the ambitious goal that we’d set ourselves.

‘This’, said Frances, shaking her head slowly as she stared at the waves smashing into the harbour wall below us, ‘is not an entry-level ocean.’

Standing next to her, looking at the violent swell just outside San Sebastian Marina in La Gomera, the rest of us – Janette, Helen and Niki – were inclined to agree. The waves were enormous and the distance we were about to row was substantial. Who on earth could have possibly thought this was a good idea? Collectively, we were about to leave four husbands, eight children, five dogs, two cats, two snakes and a gerbil and row 3,000 miles across one of the most dangerous oceans in the world. It is said that more people have travelled into space or climbed Mount Everest than have crossed the Atlantic in a rowing boat.

— Four Mums in a Boat: Friends who rowed 3000 miles, broke a world record and learnt a lot about life along the way

One hurricane, multiple power failures, countless bouts of seasickness, and 68 days later we arrived at Nelson’s dockyard in Antigua at 10.00am on February 25th, breaking the record for the oldest all-female crew to row any ocean.

Rowing the Atlantic is something I’ll always remain proud of, but it’s the wider challenges that taking part forced me to confront that will have a more lasting impact on my daily life.

Rowing the Atlantic is not something you do every day, and it’s something I’ll always remain proud of, but it’s the wider challenges that taking part forced me to confront that will have a more lasting impact on my daily life. Tackling these and seizing the moment required me to address other areas of my life that needed to change.

As such, the highlight of my career so far has been building up Progeny Private Law from scratch. A daunting and intimidating task which was born at a crossroads in my life and which has become exciting and rewarding in equal measure. I am proud of the work we do, as I know first-hand that we make a difference to the lives of our clients – fittingly, often at times when they have come to a crossroads themselves.

Before and After – Frances Davies

A Vote of Confidence in Your Future Self

As we go through life, it can be easy to fall into self-limiting thought patterns. It’s often easier to find reasons not to do something than to seek out ways to make it happen. But making a bold decision is like a vote of confidence in our future self, the belief that we can meet the challenge, find a solution, make our dreams a reality.

My daring decision led me to change a suffocating status quo that I was beginning to fear was my lot in life. I learnt that many of the obstacles we put up between ourselves and our ambitions are not insurmountable when we actually face up to them and put a proper plan in place to get over them. I also found out that if you surround yourself with positive, like minds you can achieve so much more than you can alone – whether that’s on a boat halfway across the Atlantic, building up a new business, or whatever it is you choose to set your mind to do.

If you would like to read more about how four Mums broke a world record rowing across the Atlantic, my co-authored book Four Mums in a Boat: Friends who rowed 3000 miles, broke a world record and learnt a lot about life along the way is available to download from Kindle Unlimited for free and copies can be purchased on Amazon UK.